Rolandas Kiaulevicius MFA '06 moved to Los Angeles last year. He continues to travel and is doing shows and performances all over the USA and in Lithuania.

Linda Lyons Rynkowski, in an interview sitting in the sun, enjoying the late afternoon, said she has always been making art.  Her earliest memories are of drawing as a youngster at the beach along the rocky coastline of Massachusetts. She always drew. She attended Marblehead High School in Massachusetts, which had a very special Art Major class for seniors, 2 hours (8-10) each morning. Linda explained, “We were exposed to how to create aquatints, etchings, silkscreens, wood cuts and sculpture - fired and carved, in addition to the basics of drawing and painting.” Her first mentor, Edward Carey, was the head of the art department at Marblehead High. “He was an outdoors man and a terrific artist,” Linda adds, “and with his guidance, I was fortunate to be accepted into every college program that interested me.”

“I went to Boston University on a full scholarship as a painting major,” Linda explained, “where I was fortunate to study painting with mentors George Rose and Arthur Polonsky. After a time I thought that a better business idea would be to graduate with a degree in graphic design and paint in my spare time. As a child, I was a painter, and I still loved to paint, but I realized from studying art history that painting for a living was very difficult.“ She decided that to be true to herself, she would continue to paint for herself. Upon graduation, she provided her graphic design skills to small boutique shops, large corporations and various ad agencies in the Boston area, working in her twenties at a boutique shop which was voted Adweek’s Agency of the Year.

In 1996 she was accepted to the Yale School of Art's summer graduate program in design, held that final year in Brissago, Switzerland. “I was fortunate to be able to study in one of the most beautiful places in the world, with the very best designers in the world, including Paul Rand, Armin Hofmann and Wolfgang Weingart. It was a realization of my design goals.” Linda explained that she learned a great deal about discipline at that time from the Swiss way of life. When she attended the first Brissago reunion in 2000, she met many students who had participated in the program's previous twenty years.

Linda said, “An underlying theme throughout my life has been reinvention. I’m not afraid of change. I think in order to be creative and to maintain a high level of quality in one’s work you must push through your comfort zones and take risks, challenge yourself.” She found that she likes to be around young people, she feeds off other people’s creative energy, adding, “I find it easier to create my own deadlines when there are many things going on.”

She began her interactive design career with Strategic Interactive Group, the trailblazing web division of Digitas, again reinventing herself as a web designer. She was fortunate to be part of the team that created the first Neiman Marcus web site. Linda’s role was designing the site itself, which won Forbes Magazine's prestigious Best Retail Web Site award in 2000. She was also a member of the group that designed the early shopping carts for high end on-line fashion stores, including Ann Taylor, and this model was the prototype for many shopping carts still in use today.  Linda adds, “I used my own personal shopping experiences as guidelines for creating a checkout that would not frustrate me as an online customer. We were creating the bells and whistles of modern day web shopping. It was

such a new frontier and we were making each page to order. It was a very exciting time in my life. ” With the success of her web designing skills, Linda was invited to  relocated to work in New York City, and she moved to Greenwich, a block from the train station. She wanted to be closer to her clients and part of the excitement and action of the New York City lifestyle. When the bubble burst, and the dot com industry became a part of everyday life, the benefits changed and the business faltered.

“I became more involved in my painting, and felt it was time to reinvent myself once again.” Linda added, “I began a new career as an Adjunct Professor at Southern Connecticut State University, teaching graphic design for the web. I also started taking classes towards a teaching certification. During this period I considered selling my own art. Through art sales I was introduced to the glamorous world of interior design. I was originally hired by the amazingly talented Cindy Rinfret of Greenwich Ave, later Lillian August.  I worked very hard to learn a new creative industry, and designed beautiful interiors, often including the art work for the walls using the personal tastes of my client as my guide.”

“Throughout this busy period I continued to paint. I have always wanted to complete MFA in painting, so I applied to the Masters Program in Painting at WCSU. I spoke with Margaret Grimes and she convinced me without any resistance to enroll in 2010.”  In addition to recently completing graduate school, Linda had two large solo shows in Darien and just recently hosted a summer show at a winery in Sandy Hook. She states, “It has all been terrific. I really felt fortunate to participate in such a wonderful experience at WCSU in this later stage of my life. In addition to having a great MFA program with highly esteemed faculty, we were also exposed to such accomplished painters as Stanley Lewis, William Bailey and Judy Glantzman." Linda aspires to show her work more in the galleries of NYC in the near future. She hopes to share her love of painting with college students as a professor. Linda shared that she will be teaching a painting class locally starting in January of 2013.

After almost twenty years as a designer, both graphic design and interior design, Linda has gone back to her roots. She continues to paint and now plans to become a force in the world of art as an artist, and as a teacher and mentor to others.

I met with Ginger Hanrahan MFA '07 at Edmond Town Hall last week. She was excited to show me the space on the main floor that she and four fellow artists are using as a studio and as art space.

Kevin explained to me that the concept of his next set of classes is something new, something that a beginner artist can use to explore new interests or a veteran artist can try various media. Beginning the week of February 25, Kevin will lead a six-week course entitled "The Art Box." Each week will focus on a different medium, including pastels and acrylics. Supplies are included in the $120 fee for the course.

Ginger teaches painting and drawing courses at Post University in Waterbury. Betsy is a sculpture artist, Eileen specializes in still life painting, Kevin is a landscape artist, and Saba is a textile sculpture artist.

Follow Newtown Arts on FB
Posted by ArtNews at 9:53 AM No comments:

Alan writes, "I'm still doing Home Automation, Smart Home Technology, Theaters, Whole House Audio Systems, Lighting Control, HVAC Control, etc. Its all now controlled by an iPhone/iPad App called g!mobile there is a demo app in the app store if you'd like to check it out. I've owned the business for about 6 years now and its been going great. The company name is Complete Control Systems.

We've got a new website in the works and when its complete I'll forward it over to you. Other than work things are great. I'm still living in Bethel but may be trying to drum up some new clients out towards Rhode Island so I could eventually move to Newport. I will be back and forth between Newport and Bethel all summer, to test the market out there."

Check back here and on the Art News Blog for Alan's new website. Congratulation Alan!
Posted by ArtNews at 4:16 AM No comments:

Kelly writes, "I moved up to Boston in November, and got a freelance job as a Production Artist at Applewood Books in Carlisle, MA. Last week, after two months of searching in Boston, I was hired as a full-time Designer at Phoenix Media Communications Group, which publishes a weekly newspaper in Boston, Portland (ME), and Providence (RI), as well as a bi-weekly magazine. As a Designer there, I create, edit, and prepare all of the publications' advertisements to go to print, and am also learning to design for the web!"

Congratulations Kelly!
Posted by ArtNews at 4:52 AM No comments:

Tony writes, "I have resigned the position of MFA Assistant at WCSU 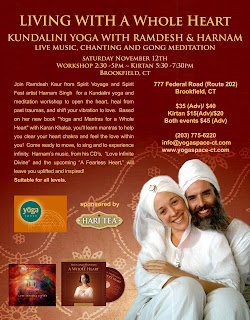 . I am currently running a kickstarter campaign to support the upcoming release of my new CD "A Fearless Heart".

Please help by spreading the word and asking people to share this link:

I am on tour and will be teaching a workshop and giving a sacred chant concert on 11-12-11 in Brookfield CT (see FB event links and flyers below): 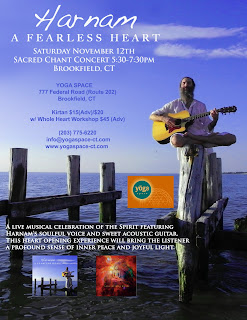 Thank you for all your hard work."
Posted by ArtNews at 3:48 AM No comments:

Adela Ferris owns AFotography in New Milford. CT. She writes, "Photography to me means passion. I have the need to carry my camera with me at all times. I enjoy capturing those most precious memories and enjoy having the ability to hold onto them forever.
Let me do the same for your memories.

I specialize in Weddings, Portraits, Children/Maternity, Nature, Commercial and of course those everyday shots. There is no limit as to how many photos I shoot in any subject."